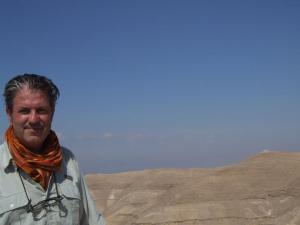 One of the best things about being a travel writer is the people you meet. When you’re abroad you tend to be more open to chatting to complete strangers, well at least I am. The world seems friendlier when you’re on holidays, perhaps it’s the sunshine and leisurely liquid lunches, either way, it’s refreshing and one of my favourite things about travelling.

However, in the past few years it’s been the people within the industry I’ve enjoyed meeting the most. People will a similar love of travel. People who have seen places I’ve never seen, done things I’ve not yet done and who have a passion for writing.

Travel writer, Brendan Harding, is one of these people. When I meet him he has a drink in one hand, a story to tell and a smile on his face. When he talks of his trips there is a glint in his eye and I can tell he will never tire of seeing the world. He has held on to his love and passion for travel and recounts his adventures with both wit and beauty. He’s been travelling for years, so I figured he could whisk us away for a few minutes with some of his stories

What has been your best travel adventure and why?

This question is a bit like asking a father who’s his favourite child. Despite all the wonderful places I’ve been, incredible things I’ve seen and diversities of people whom I’ve met, my memory keeps returning to my first ‘real’ travel adventure.

Boarding an Aeroflot plane in Ireland in 1990 to travel to the still Communist, Russian capital, Moscow, to work on a 24 month contract (and staying 5 years) blew everything that had come before out of the water. Nobody I knew had ever been there, giving me the feeling of being some kind of latter-day pioneer in one of the world’s most secretive countries.

What are the 3 things you cannot travel without?

An ample supply of Moleskine notebooks (ever since I discovered that my literary hero Hemmingway used them exclusively); a camera, currently a Fuji 960 – foolproof – digital camera whose pictures help to remind me of all the things I’ve forgotten to write down; and lastly, a phrase book in the local language – from which I try to learn at least three new phrases each day, and try them out. 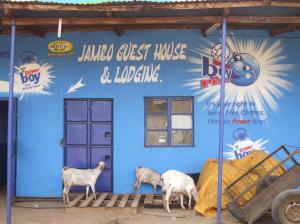 What is your favourite country to visit and why?

That would have to be Kenya. I had an aunt who lived there many years ago and from the time I was about six years old I remembered her telling me stories of the Masai Mara, the coastal city of Mombassa, forays in the capital Nairobi and meetings with the indigenous tribes. The country has captivated me ever since.

Finally in 2006 I was co-founder of a charity bringing opticians into the Kenyan bush and my love affair began for real. Kenya for some reason feels like a homecoming to me. Each time I set foot on Kenyan soil, smell the air, taste the local food, hear the languages and begin to shake the hands of old friends and strangers alike, I have a sense of belonging.

Having done well over 50 game drives in the country from Samburuland to the Masai Mara and having flown the length and breadth of the country I’m still finding new places and new peoples who strengthen my bond with the place.

You have one week in one hotel, where would you choose?

I’ve stayed in so many incredible hotels if I were to start listing them… well, I won’t. The Phoenician Resort in Phoenix, Arizona is luxury like I’ve never experienced; the Saruni Samburu in Kenya’s Samburuland has a location which could never be matched; but for me the elegance of the Vienna International Hotel Group’s ‘Le Palais Hotel’ in the Czech Capital, Prague would be my ideal ‘week off’ retreat.

Many hotels are perfectly appointed with comfort, luxury, cuisine and hordes of staff dancing on attention to your every request, but the incredible management and staff at ‘Le Palais’ should be held up as a worldwide example of how guests are treated with gentility, courtesy and a friendliness which make you feel like you are visiting friends, not some perfect, but stodgy hotel. Plus, it is a five star hotel in a wonderful city; so yes, a week as a guest at ‘Le Palais’ would be very, very welcome indeed! 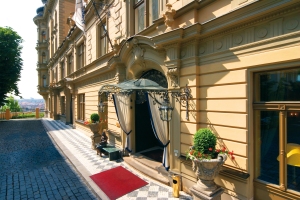 What are your top five travel tips?

1 – Travel with the curiosity of a child. 2 – Respect the customs, traditions, languages and cultures of the places and the people whom you encounter. Try to learn about these customs and traditions before you leave home, but if in doubt, ASK! 3 – People are generally the same the world over; striving to get on with their lives, make a living, caring for their families, falling in love, being hurt and disappointed; try not to let their interaction with you be one of their disappointments in life. 4 – Remember that you are an ambassador for those that will come after you. 5 – Bring photographs of your family, your home town, things that are important to you and be willing to share them. People want to know about you as much as you do about them.

I also carry a small cache of souvenir pens, badges, flags, inflatable world globes etc. when I travel and find that people love to swap personal mementoes. Everyone’s a winner.

You’ve just won the lotto, what holiday are you going to book?

I’ve thought about this (haven’t we all) and it goes like this. I would buy the BEST two Land Rover 4×4’s on the market; hire the two BEST driver/mechanics I can find; load up one of the jeeps with everything a person (or persons) could possibly need to venture overland throughout Africa for a long period of time (including a portable beer-fridge of course) and outfit the other jeep in comfort for long journeys. I would have no fixed itinerary but spend the next one/two/three years searching every corner of Africa for anything that takes MY fancy (hey, it’s my lotto). First stop, South Luangwa in Zambia, or perhaps Botswana, or maybe Namibia, or was it Ethiopia… 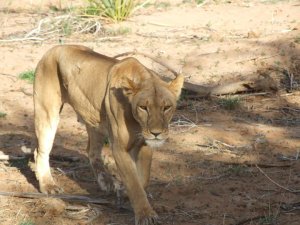 What’s your favourite pastime when you’re not traveling?

As much as I’d love to say writing about my travels, reading about the travels of others or planning new travels, I have to be honest and say that there’s nothing I like more than having dinner or just a coffee with my daughter and catching up on life.

Besides that, going to my local pub and having a few beers with my friends is always welcome. Sometimes when you travel as much as people in our profession, it’s difficult to keep a grip on ‘real life’. I never grew up around five star hotels, or walking on ‘talcum white sands’ beside ‘sapphire-coloured’ oceans (chance would be a fine thing with five brothers and three sisters and parents struggling to put grub on the table), or taking tours of some of the world’s most incredible and historic sites, so a serious grounding is needed from time to time. And, there’s no place I’ll get a better grounding than over a few beers with my good pals in the Irishmans Bar in Carlow.

What is it that you love about traveling?

Simple answer, everything! A lot of the time I have to leave my home at four in the morning and walk the empty streets dragging a case or rucksack behind me to catch a stupid-o-clock bus to the airport. It’s dark, possibly raining, for some reason always cold, and I’m the happiest man on the planet knowing that I’m ‘going somewhere’ new.

What will I see, who will I meet, how will it change my perspective on life? Several hours later I’m five or six miles above the planet and watching the geography of the earth below fills me – every time – with a sense of wonder that I’ve had since I was a child and drove the back roads of Ireland with my father. And then, later still, in some new place, I meet a stranger who becomes a friend, we exchange ideas and ‘trade geography’ and it all makes perfect sense somehow. (Nah, it doesn’t really, does it?)