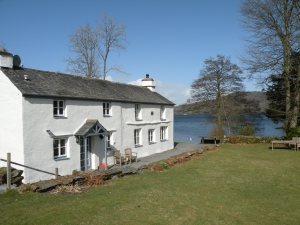 It was a documentary I’d seen, some years ago, that made me want to visit the Lake District. I remember being captivated by images of sweeping views from a mountain top, across a landscape of lush green fields and forest, interspersed with a myriad of sparkling lakes. I watched wistfully as they passed through lakeside villages lined with stone cottages and quaint tea-shops, overshadowed by some towering, heather-clad mountain.

A few years later I watched the film Miss Potter and it made me even more determined to visit the Lake District in Cumbria.

Tucked into the North-West of England, within the county of Cumbria, the Lake District National Park covers nearly 900 square miles. The beauty of the region has been the inspiration to many artists and writers, including the wonderful Beatrix Potter and the much loved poet, William Wordsworth. The preservation of many of the farms in the district is thanks to Miss Potter, whose love of the area and passion to conserve it’s natural beauty, made her buy up 14 farms during her life in the district. On her death she left a staggering 4,000 acres to the National Trust, guaranteeing its conservation.

Wordsworth wrote of the beauty of the region, and his most famous poem, Daffodils, was inspired by a walk he had with his sister along Glencoyne Bay, Ullswater.

There is a reason over 15 million annual visitors come to the National Park as it is simply one of the most beautiful lake districts in the world.

This morning, on Ireland AM, I was chatting about things to do and see here – all information can be found HERE.

All information from the slot will be posted here by 10am. 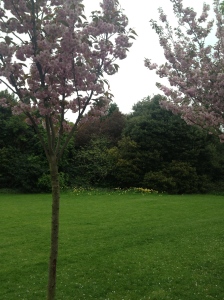 I wandered lonely as a cloud
That floats on high o’er vales and hills,
When all at once I saw a crowd,
A host, of golden daffodils;
Beside the lake, beneath the trees,
Fluttering and dancing in the breeze.

Continuous as the stars that shine
And twinkle on the milky way,
They stretched in never-ending line
Along the margin of a bay:
Ten thousand saw I at a glance,
Tossing their heads in sprightly dance.

The waves beside them danced; but they
Out-did the sparkling waves in glee:
A poet could not but be gay,
In such a jocund company:
I gazed–and gazed–but little thought
What wealth the show to me had brought:

For oft, when on my couch I lie
In vacant or in pensive mood,
They flash upon that inward eye
Which is the bliss of solitude;
And then my heart with pleasure fills,
And dances with the daffodils.